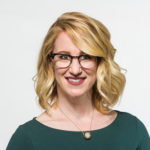 Multi-tasking. We’ve all heard about it and perhaps even touted it as something we’re great at it. But should we be proud of our multi-tasking abilities?

Absolutely not, according to serial entrepreneur and CEO and Founder of Calendar, John Rampton. “This misguided notion [multi-tasking] has been billed as the ideal way to manage time and accomplish more. In reality, multitasking causes an even greater waste of time.”

There are a few different forms of multi-tasking, but each ultimately decreases your ability to do quality work.

The evolution of multi-tasking

Many of us learned to multitask as a result of growing up and being slowly introduced to more and more technology all the time. As children, our focus might have been on making it to the next world in Super Mario Bros. 3, but as teenagers, it was suddenly doing homework, chatting on AIM, and updating your MySpace background. (I’m talking to a certain generation here.) And as adults? I struggle with trying not to do five things at a time.

For people younger than me, they grew up with technology at their fingertips, and multi-tasking wasn’t such a gradual skill. It’s something they were born and bred with.

So, yes — the majority of us can physically do more than one thing at a time. I can answer an email while talking to a coworker, or scroll Instagram and watch the newest episode of Superstore, or cook dinner and talk on the phone. The problem is that none of us can concentrate on two tasks at a time.

According to Rampton, “Well-meaning multitaskers end up doing a lot of things badly and don’t necessarily finish tasks they planned to get done. Multitasking ends up as unproductive jugglers because their mental focus is pulled in many directions. While you think you are jumping from one task to another quickly, it’s not as fast as focusing on one task, drilling through it, and then moving onto the next task with maximum focus.”

(As an aside, I have 7 browser tabs open and I just stopped writing this for a solid 12 minutes to answer emails and send a project to print…and now I have to jump back in.)

The word priority didn’t always mean what it does today. In his book Essentialism, Greg McKeown explains the history of the word and how its meaning has shifted over time.

“The word priority came into the English language in the 1400s. It was singular. It meant the very first or prior thing. It stayed singular for the next five hundred years. Only in the 1900s did we pluralize the term and start talking about priorities. Illogically, we reasoned that by changing the word we could bend reality. Somehow we would now be able to have multiple ‘first’ things.

People and companies routinely try to do just that. One leader told me of this experience in a company that talked of ‘Pri-1, Pri-2, Pri-3, Pri-4, and Pri-5.’ This gave the impression of many things being the priority but actually meant nothing was.”

I’ve definitely found myself thinking, “Look how busy I am. I’m doing so many things, and that makes me important.” For some reason, I tend to think that if you’re not busy, you’re not doing enough or you’re not doing something meaningful. But, I’m beginning to see how far that is from the truth.

Understanding and setting your priority for the day can naturally guide you to organize your day around your most important activity — your “anchor task,” as James Clear calls it. Consider laying out your priority/anchor task for the day and staying focused on it. Jumping from task to task and constantly shifting gears inhibits your creative abilities, can increase anxiety, impact your short-term memory, and wastes your time.

We all multi-task, but maybe now is a good time to sit back and consider how that’s changing your productivity and your quality of work.

Writing a gratitude letter may seem like an overblown thank you note, but that's simply not true. Imagine how you ...
Read More
3 min

Living YOUR best life starts with making time for YOU

Taking time for yourself, or what a lot of people are recently calling “self-care”, isn’t a new idea and it ...
Read More
3 min

Why we need friends

We need people in our lives. It's a simple fact that we've all faced at one point or another. We simply cannot exi...
Read More
3 min
<![endif]-->