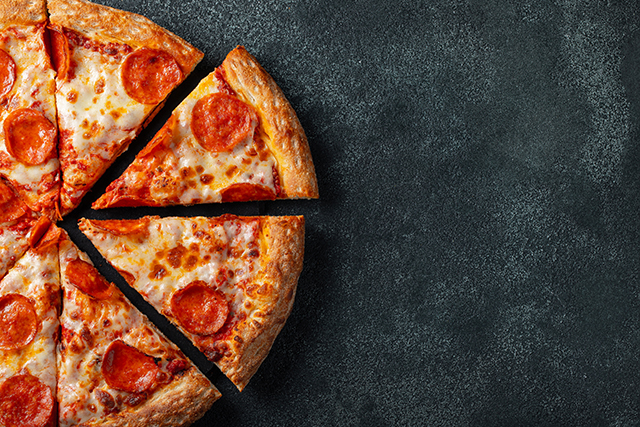 Changing their story: The remarkable resurgence of Domino’s

Sixty years ago, two brothers borrowed $900 and opened a pizza store in Michigan. One of the brothers would later trade his half of the business for a Volkswagen Beetle and the other brother would eventually change the name of the store from DomiNick’s to Domino’s Pizza.

Today, Domino’s is the second-largest pizza chain in the world, with more than 16,000 stores and a net worth of roughly $12 billion.

Twelve years ago, Domino’s Pizza was feeling the heat. Customers were complaining that the crust tasted like cardboard and the sauce was more like ketchup than anything else. And then videos went viral of the worst thing possible: employee’s doing something gross or illegal. (I didn’t go looking for those.)

“We had somehow created a situation where people liked our pizza less if they knew it was from us. So yeah, that was a problem,” said now CEO Patrick Doyle.

The company was stagnant, relying on recipes, strategies, and ideas that had grown stale. They weren’t thinking and then rethinking. They were failing to innovate.

And some would argue, they were just plain failing.

But, change was just around the corner. And the way Domino’s altered their story is an excellent example of how we have control over our stories. Your brand — those things that make you stand out, that make people remember you — is in your hands.

Doyle became the CEO in 2010 and found himself needing to make radical, deep-seated change in a traditional, slow-to-change business. One of the first things they did was accept and acknowledge what their customers were saying about them.

Shortly after Doyle took over, the company launched an ad campaign that people remember for its boldness and authenticity. Bloomberg would call it the “honesty offensive.”

Doyle appeared in the ads, accepting the biting criticism. “You can either use negative comments to get you down, or you can use them to excite you and energize your process and make it better. We did the latter.” (And to those who are wondering, Domino’s leading chefs completely overhauled their pizza recipe, from the crust to the cheese.)

We’re hardwired to positively respond to authenticity — in people and in brands. When Domino’s took on the challenge of being better, they did it in a way that felt real to people. They cut the sh*t, and it paid off.

Invest in what works

Domino’s originally built its business on the idea that they were more than pizza makers — they were pizza deliverers (and the originators of the 30-minutes-or-it’s-free guarantee). Understanding that delivery was an essential part of their business, they launched a Domino’s delivery car in 2015 that has a warm oven with room for 80 pizzas. In 2016, they came out with a pizza drone. And if you’ve never used Domino’s Pizza Tracker to see where your pizza is at 2 AM, you’re missing out.

The company was investing time and money in the technology that would help them stand out and in what they saw working. At a CEO Summit, Doyle told the audience that Dominos is “as much a tech company as we are a pizza company,” pointing out that half of the people who work in headquarters are in software and analytics.

Delivery wasn’t the end of this investment. Ordering pizza at Dominos is almost too easy. In fact, they figured out mobile ordering before Starbucks did. Today, there are at least a dozen ways to order a Domino’s pizza, including via Twitter and your Apple watch.

Domino’s jumped ahead by playing to their strengths, and putting their time and money behind the ideas and tools that worked for them.

Your story, your brand

And you can too! Be authentic, know what your strengths are (and then play to them), and invest in yourself.