I thought turning 30 would be the worst thing for me

This month, I turned 30. One of those big milestone birthdays that felt like it took forever to happen, but also happened way too fast, ya know?

For months before my birthday, my fiancé would ask me what I wanted to do and my response was generally “cry.” Yes, I know that’s melodramatic, but turning 30 is hard. It’s the first big birthday that doesn’t feel exciting. At 16, you’re driving. At 21, you’re drinking (responsibly). At 25, you’re renting cars and just being young. But at 30? You’re sitting at home on a Saturday night with two cats that refuse to share the couch.

Is that just me?

Anyways, turning 30 is hard. I know that age is relative and it’s all in the way you look at it, but I feel like I’m now an age that for a long time seemed almost imaginary…so far away that it could never happen to me. But here I am, very much 30 years old. 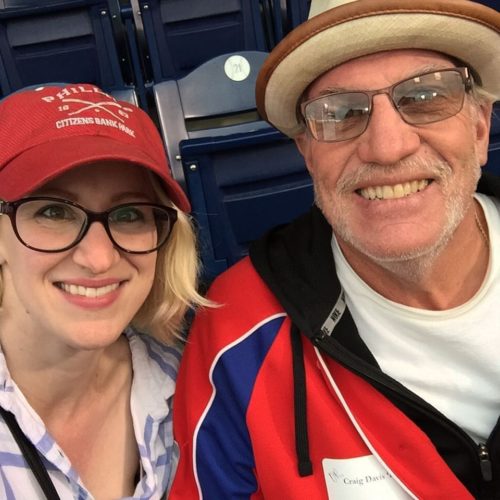 My 29th year was busier than I ever thought it could be. I moved away from Delaware — the state I was born and raised in — and set up shop in New Jersey. I got engaged in December after six lovely (long) years of dating. My sister had a new baby.

And then, in April, my dad died.

I had never experienced such a low low before. You can never prepare yourself for an event that rocks your world from top to bottom. And when it happens unexpectedly, like this did, it quite literally stops your heart. For weeks, I moved through life dimly, doing what needed to be done and not much else. My emotions rocketed around, switching from sad to furious and making stops everywhere in between.

My dad was 60 when he passed away, very suddenly, from a heart attack. Which meant that when he was my age, he was halfway through his life.

That’s what people mean when they say age is relative.

The good, the bad, and the ugly

The bad parts about being 30 are different for everyone, but for me it was mostly feeling like I’m running out of time. That all the good, fun, carefree years are behind me. There’s also a stigma ( that I’m not helping get rid of) that women start to “get old” at 30. I can’t imagine anyone wants to “get old.” At least, I don’t.

Here’s where I stop griping. I promise.

I’m older, yes, but that doesn’t mean I’m old. Instead, I’m wiser. More confident. Less anxious about what other people think of me. I know who I am and what I want people to think about when they think of me. I’m comfortable saying “no” to things that bring little value or substance to me and my loved ones. And I’m more thoughtful and reflective about what I really want out of life (and I’d wager that a lot of that thoughtfulness has to do with working at Siegfried…which also turned 30 this year.)

So, despite the extra crow’s feet around my eyes, I have a lot to be grateful for in my life, and being 30 is one of them.