Are you more of a rock star or a superstar?

Rock star. Superstar. They both sound pretty good, don’t they? Without thinking about it too much, is there one that appeals to you more? Are they even different?

I’m in the middle of reading Radical Candor, a book written by former Google and Apple executive Kim Scott. The book guides managers through creating a team that does the best work of their lives. I’m not a manager, but I keep finding lots of good concepts to help me understand what kind of employee I am and what kind of manager I want to be. 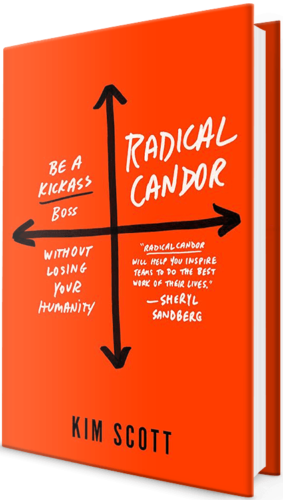 In the very early pages, a concept caught my eye.

“A conversation … helped me see a critical flaw in my approach to building teams earlier in my career. I’d always focused on the people most likely to be promoted. I assumed that was how it had to be at a growth company. Then a leader at Apple pointed out to me that all teams need stability as well as growth to function properly; nothing works well if everyone is gunning for the next promotion.

She called the people on her team who got exceptional results but who were on a more gradual growth trajectory ‘rock stars’ because they were like the Rock of Gibraltar on her team. Those people loved their work and were world-class at it, but they didn’t want her job or to be Steve Jobs. They were happy where they were. The people who were on a steep growth trajectory — the ones who’d go crazy if they were still doing the same job in a year — she called ‘superstars.’ They were the source of growth on any team. “

Rock stars = stability. Superstars = growth. And companies and teams need a balance of both to do their best work.

During her time at Apple, Scott realized that fast-growing companies make room for people with all sorts of different ambitions. She writes, “You had to be great at what you did and you had to love your work, but you did not have to be promotion-obsessed to have a fulfilling career at Apple.” She admits to undervaluing the “so-called rock stars” when she worked at Google and how it was a mistake to do so.

I started contemplating which kind of employee I am. Did I lean toward superstar or was I more aligned with a rock star? Some days, I felt like both. And other days, I was definitely more of a superstar. And on occasion, I felt amazing about being a rock star. (At least I feel like a star, right?)

What about you? Do you feel strongly one way or the other?

The good news is that rock star and superstar are modes, and you can switch between the two depending on where you are in your life.

When you’re in superstar mode, you need new challenges and to clearly understand what the path to promotion is. Scott shares that superstars might need a mentor to keep learning beyond the position they eventually want.

When you’re in rock star mode, you might not want a promotion at the time (or be ready for one). Instead, you want to deepen your expertise and share it with others. Rock stars can help the good people on your team be great people.

So, if you’re a manager, do you know what type of employees you have? Do you know if you need more of one or less of another? And if you’re an employee, are you more or a rock star or a superstar?

If you want to learn a little more about the two kinds of employees, here’s Kim Scott talking about building a kick-ass team.