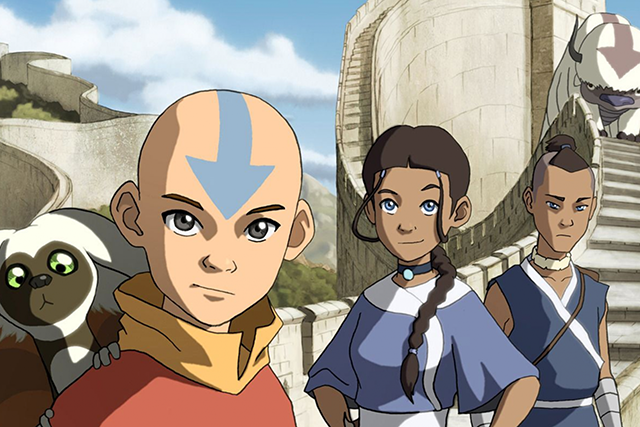 Lessons from the Last Airbender

Children’s movies and TV shows hold a special place not only in our hearts, but in the collective media of our society. Large creators like Disney and Pixar craft beautiful, relatable characters and stories that do not simply entertain the latest generation, but provide social commentary in simple but powerful ways for more mature minds.

There’s more to love in the world of children’s fiction than the forgetful Dory and the courageous Simba. Nickelodeon’s Avatar: The Last Airbender focuses on a warring world of four nations, not dissimilar to George R. R. Martin’s Westeros in Game of Thrones.

The Four Nations of Earth, Water, Fire and Air each produce benders, people who can telekinetically control the elements of their nation. The Fire Nation has waged war for over 100 years, with the Fire Lord bent on world domination. The Avatar, the anointed savior of the Four Nations, can control all four elements and is destined to bring balance to the world. Aang, the only airbender to survive the genocide of the Air Nomads by the Fire Nation, returns after 100 years trapped in ice to fulfill his destiny as Avatar.

is joined by his eclectic group of pseudo-teenage friends to take on Fire Lord Ozai (shout out Mark Hamill!) and complete his mission. There’s laughter, learning, and ultimately, peace, and along the way the show provides amazing bits of wisdom.

There’s a lot of fun stuff to unpack here, but if you haven’t seen Avatar, take a long look at yourself in the mirror: you’re missing out! And if you count the people mooching off their former flame, everyone has a Netflix subscription, so don’t blame me for spoilers, because you have been warned!

Embrace who you are

Sokka is the eldest character in Aang’s gang and unlike most notable characters throughout the series, Sokka possesses no bending skills of any kind. The beginning of the series showed Sokka in countless instances of feeling useless in battle, but Sokka’s value rests in the fact that he utilizes his unique personality traits to full effect.

At the close of the series, it is Sokka who puts together the intricate plans of attack and ambush, supporting Aang expertly in his quest to defeat the Fire Lord. Sokka also adds swordsmanship to his arsenal after spending time with a master, learning from him not because of his (limited) natural skill, but because of his humble attitude. And who can forget Sokka’s clever one liners!

One of my favorite quotes, about Appa the flying bison and Momo the lemur: “Oh, no! I knew it was only a matter of time! Appa ate Momo!” (Crawls into Appa’s mouth) “Momo, I’m coming for you, buddy!”

And just think, this guy used to want to eat Momo! 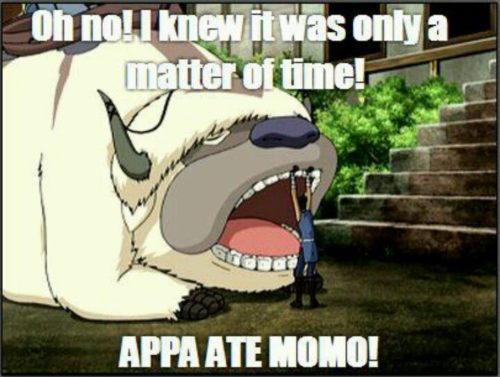 Katara, having no water benders from her tribe left to learn from, visits the Northern Water Tribe to learn from Master Pakku. This waterbending teacher has no time for female warriors, but after Katara puts him on his rear, Pakku gives Katara the title of master. While Katara’s defiance can be grating at times, it is this eternal persistence that makes her the glue of the group.

Katara watches over Aang after his injury in season two and keeps the group together even as Aang’s health declines. Her empathy and compassion are seen in her support for the whole gang, pushing them ever forward in the quest to bring peace to the Four Nations. And Katara’s motherliness isn’t all breakfast in bed on your sick day: she even learns the sinister skill of later in the series to not just protect her friends, but save a Fire Nation town from an evil rogue bender.

Arguably Katara’s most (and only?) humorous quote: “The stars sure are beautiful tonight. Too bad you can’t see them, Toph.” 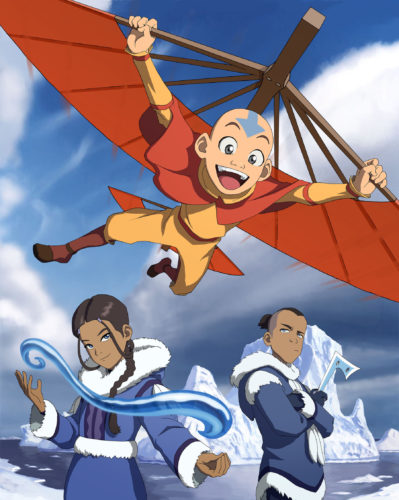 Toph, a blind, sassy-mouthed rich girl uses her exceptional earthbending skills to make sense of the world around her, overcoming her lack of sight and becoming a master earth bender in the process. It’s because Toph can’t see that she’s more aware of her surroundings, listening to the world around her before making a decision.

While Toph is certainly bratty, especially in the beginning, her blindness ends up giving the group an extra layer of protection as she’s keenly aware of impending danger. But when she’s not warning others of oncoming attacks, or becoming the first metal bender, she’s grilling Katara for her rather flippant love life.

Katara: “I have a surprise for everyone!”

Toph: “I knew it! You did have a secret thing with Haru!”

Katara: “Uh…no. I was looking for cooking pots in the attic, and I found this!” (unfurls a painting of a smiling baby boy) “Look at baby Zuko! Isn’t he cute?” 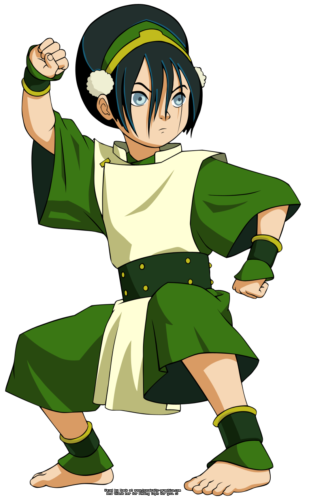 Sokka, Katara, and Toph embrace not only their strengths, but what makes them truly special.

Knowing your own strengths is easier than you think! Ask your friends and family what makes you stand out and you’re sure to have a list of magnificent qualities. But it’s important to embrace not only what others value in you, but what you value in yourself. Trust that the value you bring to the table is impactful, even if it’s not overly flashy and even if the impact seems small. As Sokka proved, there’s more to life than being able to bend the elements.

Your path is entirely up to you

Aang and company receive plenty of help on their adventures and thank goodness! They’re only kids after all. Aang is a special case not only because he can bend all four elements, but because of his connection to the spirit world. Being reborn throughout the generations of the Four Nations, Aang can call on prior incarnations of the Avatar in the spirit world for advice. At the end of the series, each previous Avatar admits to Aang that violence was the only way forward to end the war, and tells him that showing mercy to the Fire Lord would not bring peace.

But Aang chose his own path, ignoring the wisdom from past Avatars and instead used an ancient power to bend the energy within another person. Aang learned how to do this from a giant lion turtle, and at the close of the final duel with the Fire Lord, Aang saps his enemy’s ability to firebend, neutering the ruthless ruler of all power.

A truly pertinent quote: “When we hit our lowest point, we are open to the greatest change.” 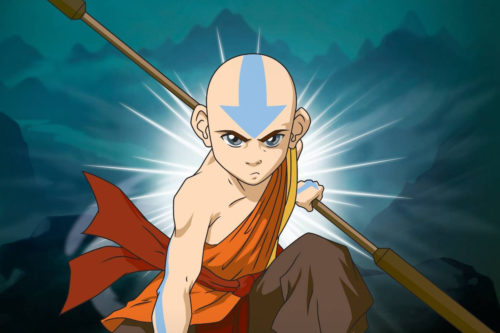 Iroh is the most lovable character in the series, constantly spouting off profound tidbits of wisdom while being one of the most skilled benders in the Four Nations. Iroh’s story is fascinating because he recognized the error of his ways in the Fire Nation after his son was killed in battle. Iroh then decides to forego his life of violence and war and focus on finding the balance in himself.

The punishment for his loss of faith in the Fire Nation’s cause was banishment, but even as he lost his home and his family, Iroh worked to see the positivity in all situations. When Zuko and Iroh move to the Earth Kingdom as refugees, Iroh is finally able to explore his passion for brewing tea in his new shop. Iroh eschewed the rhetoric of the Fire Nation and discovered solace and daily happiness.

One of his best quotes out of many: “Life happens wherever you are, whether you make it or not.” 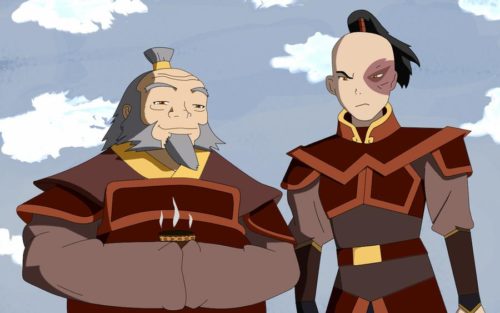 Fire Nation Prince Zuko and his uncle Iroh present one of the best character dynamics in the series. Zuko received a scar on his face from his father, Fire Lord Ozai, and was later banished and told to find the Avatar before being able to return home.

Zuko’s best quote comes when he imitates his uncle Iroh while traveling alone: “Zuko, you must look within yourself to save yourself from your other self. Only then will your true self reveal itself.”

Each of these characters have specific jobs and destinies, but feel crushed by the weight of expectation from others. It’s not unlike real life, where each of us has bosses, family, and friends all offering their views on what you should and shouldn’t do. The pressure can get to anybody, but Aang, Iroh, and Zuko show us that it’s not the path others set out for us, but the path we create ourselves that leads us to happiness and fulfillment.

This article was originally published on August 6, 2020. 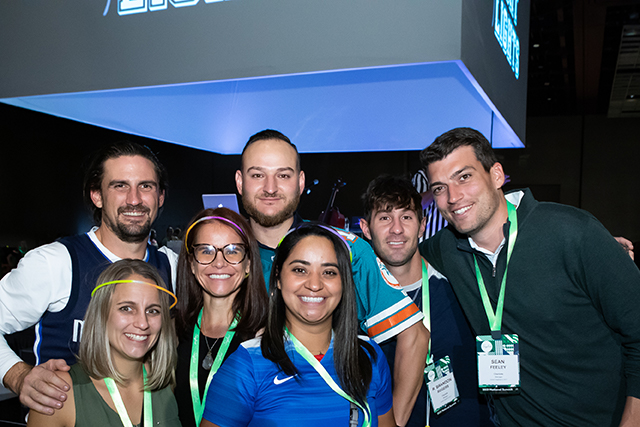 A look at Siegfried's culture

We like to have fun at Siegfried. So much fun, in fact, it’s one of our company values. (The others are being fair and building and sharing stakeholder value.) This focus on fun and sharing value across employees and friends of the Firm was on display at our National Summit in Las Vegas, NV. We … END_OF_DOCUMENT_TOKEN_TO_BE_REPLACED 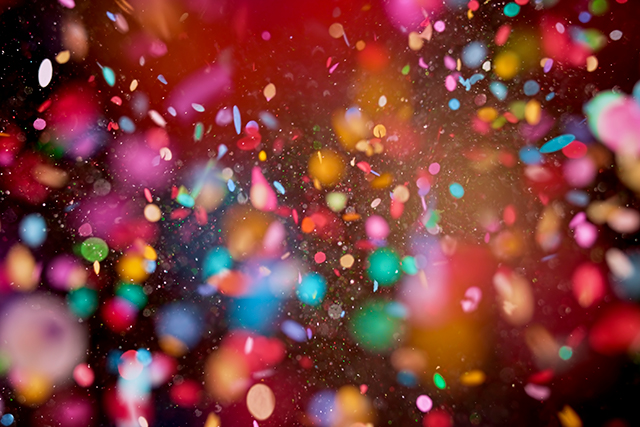 It's hard to believe, but the new year is upon us! After a busy and memorable year, it's time to reflect on the best moments and what we can do better next year while celebrating all of our growth and successes. So, grab a hot chocolate and settle in to find out the top 10 most viewed posts of the last 12 months. 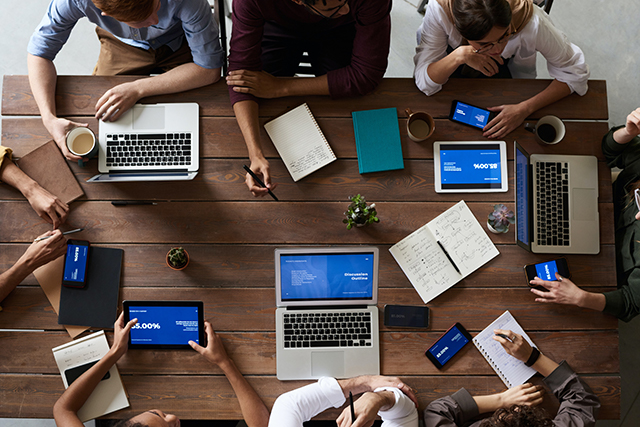 Pivoting from the status quo can be daunting and deflating. Organizational changes can feel unnecessary, especially as you adjust to the new standard and experience performance and efficiency dips. That’s where the agile methodology comes in: this new structure and way of working maintains the feeling of a traditional organization while inspiring employees to cut through the noise and deliver project results. 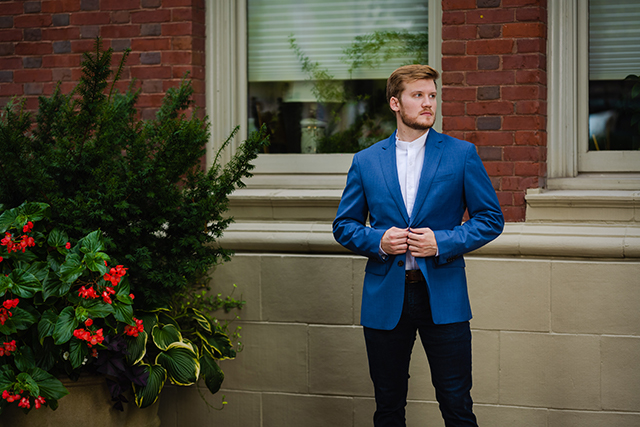 The value in vulnerability

Kind, positive, and reserved, Sean Elliott is quick to recognize and appreciate all the blessings in his life. Growing up in Erie, PA, Sean enjoyed what he called a normal upbringing, with caring parents and three older brothers, before starting his accounting career with KPMG in Philadelphia. On the surface, Sean was doing well, but below the surface, a storm had been brewing. 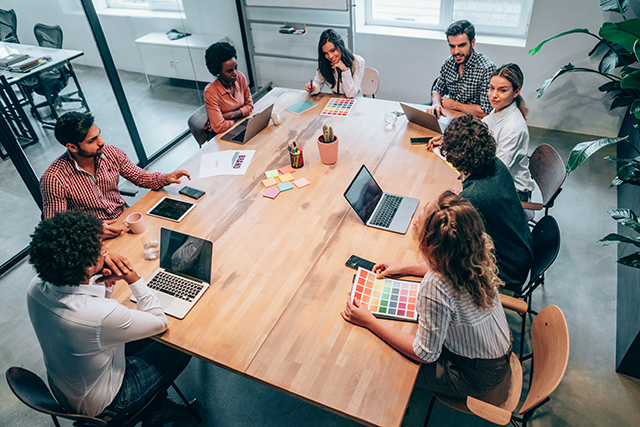 We all bring our lives into the workplace, no matter how hard we try to check ourselves at the door. Understanding employees and colleagues as individuals, who each have their own unique skills and life experiences, is critical to getting the most out of collaboration. By interacting with established personality types, we can begin to polish our communication for the most effective results.

Merry Christmas and Happy Holidays from all of us

Your Thanksgiving may look a little differently th

As if you didn't already know, it's Election Day i

We may be accountants, but on #Halloween, we stay

Fall is slowly starting to make its way in, and wi

Meet Tish! #BiggestAccomplishment I was inducted

Today is your day! Your mountain is waiting. So...

We are always honored to share the stories of the

Meet Brendan! #FunFact I used to be in the Army s

“I believe the world is not and has never been a

Do you know how powerful repetition is? If you do